Us and Ritchey is Pure Logic 2.0

Steel is real.  You better believe it! 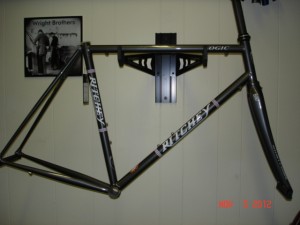 Steal is Real – the Ritchey Way! 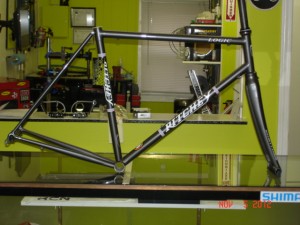 The first Ritchey Logic frame on the East Coast landed in our hands Tuesday – check the time stamp in the photos.  At just under 4lbs, this frame is one of the nicest, Garabed had just one for it, “dope,” frames we’ve seen in a long time.  The frame is light, and the angles make it irresistable. Thanks to Athena, no time, and early nights, we haven’t even had a chance to build it up, let alone ride it.  But, our best guess is this thing is going to kick some major ass!

Read the official description from the Ritchey web site below.  As soon as we have more to share, like a test ride, we’ll let you know.  Of course, if you’re looking for a new, do it all road bike, don’t be shy.  We know where to get more of these, and we’re happy to spec this out for you.

“Tom Ritchey built his first road frame 40 years ago in his parent’s garage, and went on to bring numerous innovations to the craft. The 2013 Road Logic carries many of the subtleties and details gleaned from Tom’s vast experience with steel frames.

With room for 700x28c tires and classic Ritchey geometry, the Road Logic is ideally suited for long, epic days in the saddle on roads that are not always paved, and still nimble and stiff enough to take the county line sprint at the end of the day.”